For this assignment Anya and I got chosen to work on Netflix as a team for a competition known as D&AD New Blood. We had to develop Anyas idea ‘Around the world in 80 nights’ whilst incorporating my social assets.

How to document a journey :https://www.travellingtabby.com/document-your-travels/

A survey of more than 2,000 UK university students found that 15 percent feel that managing finances is the most stressful aspect of college life.

there is no better time than to travel as a student- So many students graduate without taking the leap and travelling, then regret it later.

-Members of Gen Z are more racially and ethnically diverse than any previous generation, and they are on track to be the most well-educated generation yet

-For years, Gen Z and Millennials have directly challenged the stereotypes that they are apathetic by organizing and participating in large scale global protests to share their beliefs and passion about climate change, gun control, and racial injustice. These are activated generations.

Gen Z and Millennials have harnessed the power of social media and digital connection to forge serious change.

our 2015 trend research found that 62% of young people believe they can make their voices hear more online than offline—and increasingly they’ve found ways to make real change by bringing activism into the digital era.

72% of 13-39-year-olds agree that hashtag movements have the power to make a difference in the world.

slacktivism is when people “support a cause by performing simple measures” but “are not truly engaged or devoted to making a change.” Similarly, virtue signalling is “the action or practice of publicly expressing opinions or sentiments intended to demonstrate one’s good character or the moral correctness of one’s position on a particular issue.”

they believe the world has reached a tipping point on issues such as racial justice, inequality and the environment.

Gen Zs are taking action to drive the change they want to see in the world. They are becoming more politically involved, making a conscious effort to ensure they spend their money with companies that reflect their values and pushing for change on societal issues. They believe in their individual power to make a difference, but they are also demanding that businesses and governments do their part to help build a better future.

40% of millennials and Gen Zs believe that more people will personally commit to take actions to address climate issues after the pandemic.

Gen Zs surveyed said that, over the past two years, they have made choices about the types of work they would do—and the organizations they’d be willing to work for—based on their personal values.

Netflix’s most extensive user base is Gen Z – 71% have a subscription.

76% of Generation Z is concerned about humanity’s impact on the environment.

75% of respondents said being politically or socially engaged is very important to their identity. In addition, 63% said they primarily informed themselves about social and political issues through social media channels.

When asked about the obstacles keeping them from participating in political or social justice causes, 55% said not knowing who to contact or what groups to support tripped them up. So it’s clear that members of Gen Z are eager to get involved beyond liking and retweeting — they just need to know how.

What can you learn from non-english content / The journey throughout the non-english series : the truth about culture makes a journey to you through a screen

Definition: Activist campaigns appeal to people’s sense of injustice or desire to do good and provoke them to take action for change. Traditionally, activist strategies are most common to non-profit or political organisations. But, in recent years, brands are also getting on board and taking cues from grassroots activism.

2021 Creative Effectiveness Lions Grand Prix winner Nike’s Dream Crazy showed how brands can reap the commercial benefits of standing up for issues that matter to their consumers and are true to their business. Nike has always championed athletes but this campaign which started with NFL player Colin Kaepernick, who had protested police brutality and racial inequality by ‘taking the knee’ during the national anthem at games, transcended sport culture to touch a big lightning-rod issue in society. By getting behind him, Nike was not just supporting its athletes but standing for its values. The campaign not only had worldwide impact, but was also the brand’s most successful ever, earning Nike a $6bn increase in stock value.

Today, 71% of people believe that brands are more of a ‘force for good’ than governments or similar institutions, according to research by agency VMLY&R. That opens up further white space for brands to go beyond brand purpose to brand activism. Examples from around the world include:

Activist campaigns can be highly effective, in creating fame and behaviour change

Advertise through video game: related to their new gaming app

Thoughts and ideation so far :

from this research we developed the creative challenge , insight , audience and an initial idea which we would then present on Wednesday to see if this is something strong enough to move forward with or if we need to keep thinking.

Gen Z may dislike subtitles and dubbing, but they enjoy activism and making a social impact – 75% of Gen Z said being politically or socially engaged is very important to their identity, and 63% said they learned about social and political issues largely through social media platforms.

As a result, our objective is to make activism – a cause that gen z is interested in – the reason why it is vital to watch non-English content.

Around the World in 80 Nights – shows and movies provide insights into political and social issues within a country that travel alone cannot provide. Learn what issues are presented in these shows and participate in the competition in which Netflix provides an opportunity for young people to create projects to address the issues depicted in these movies and act for real social change.

From this ash said that we were overcomplicating it and going to far away from our initial idea. we needed to make around the world in nights fun and engaging so started to brainstorm some more.

92 percent of the Gen Z generation – have researched a destination after being inspired by other users’ posts online.

Half of Generation Z trusts recommendations from influencers, prompting 92 percent of them to research a destination after being inspired by social media posts.

Gen z experience culture and plan their trips through influencers on Instagram and tik tok. This is why Netflix is hijacking influencers

Netflix’s takes over the world in 80 nights

What will happen over the 80 nights – inspired by top gear; grand tour

Their next destinations will be set by you as netflix presents them with fun and exciting challenges that are inspired by international shows.

Money Heist: Act like an actor of money heist – go to the bank in the dali mask and red jumpsuit and interact with as many people of the public as possible and try to convince them to join your heist.

Toy boy : Challenge – Go to the famous strip club in spain and put on a performance of a lifetime

At the end of the 80 days – you vote for who your favourite traveller is. 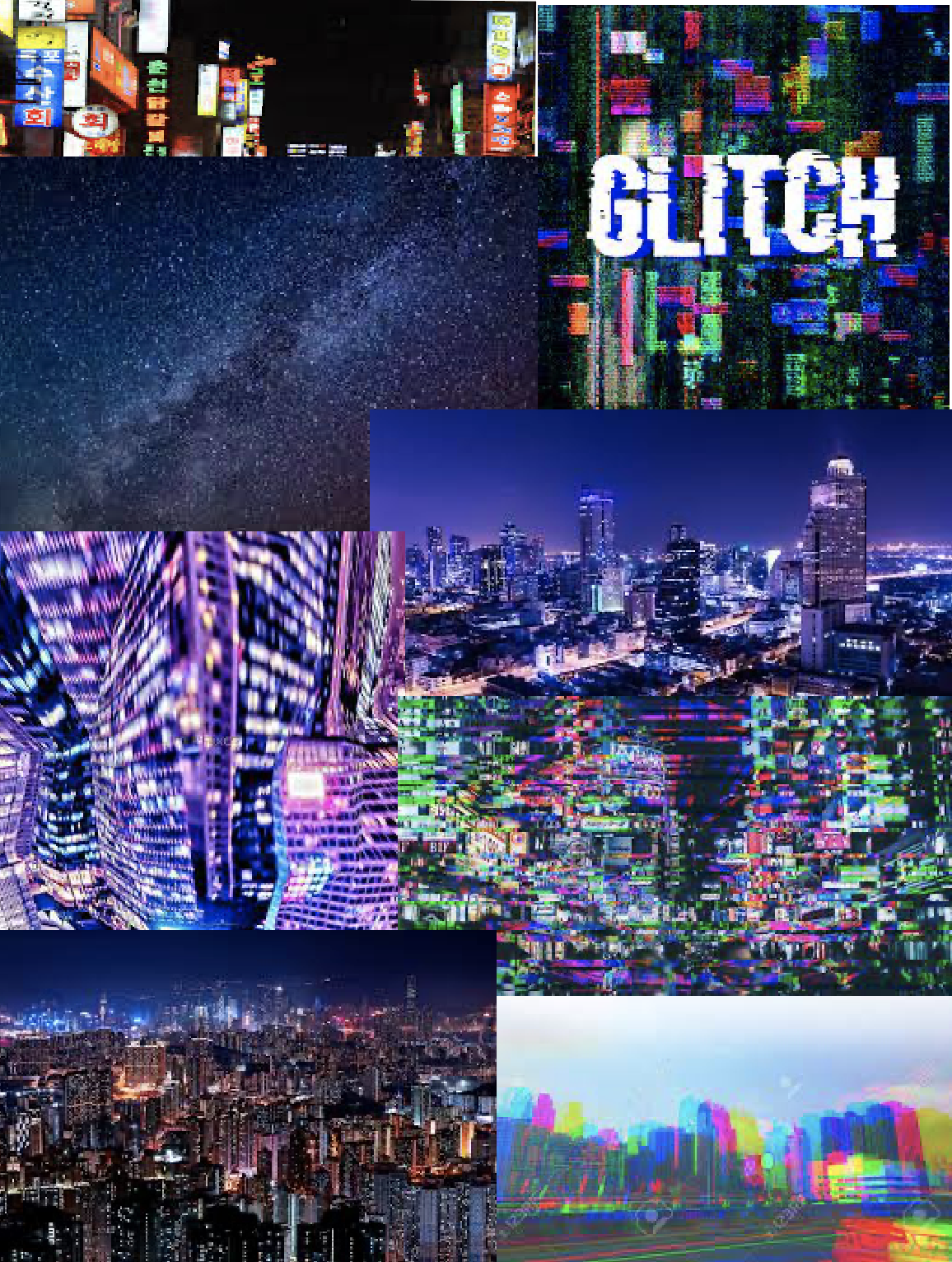 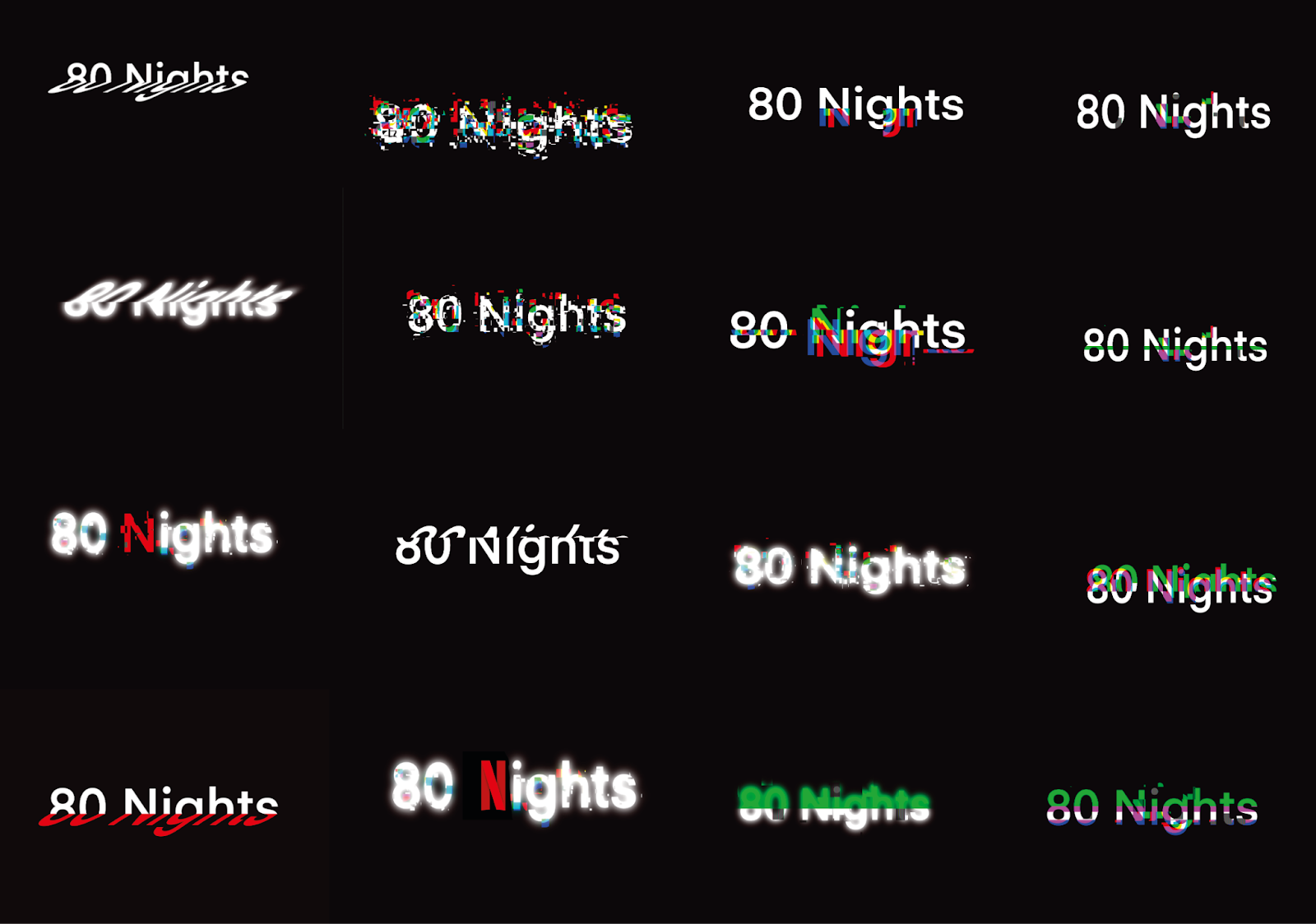 We wanted the logo to look rebellious for Gen z. This is why I created all of these logos on Procreate.

After researching our influencers we worked on the script, to then create our storyboards.

Girl: Hey Jay, what should we watch tonight? (Girl next to a phone/ flirty voice/ booty call)

Boy: Yoo I was thinking about going around the world in 80 nights haha. (boy on sofa/smoking environment/ralph’s place/as if high)

Insight: Netflix has 62 different languages in their international library filled with undiscovered culture. Why hasn’t it been unlocked?

Netflix is hijacking influencers to take over the world in 80 nights.

A range of diverse content creators compete in an international road trip for your engagement and votes as you determine who has had the best journey.

You choose their next destination as Netflix presents them with fun and exciting challenges inspired by international shows.

DAY COUNTER (Videos of the challenges: Challenges will consist of embarrassing public challenges such as going to the Spanish bank in the dali mask and red jumpsuit and interacting with as many people of the public as possible and trying to convince them to join your heist. Reenacting narcos by Smuggling flour and acting suspicious as you cross the border of mexico. Become a toyboy  as influencers go to famous strip club in spain and put on a performance of a lifetime)

Night 50 money heist has you close to handcuffs

Night 70 takes us to japan – let’s cook like locals

Night 30 gets us falling in love like a parisian

TikTok challenges inspired by the international content you unlock during this journey will be posted under #80nightswithnetflix as you compete to go viral and become a worldwide name.

We then delegated ourselves with tasks of videos and assets we would need to create.